Approx. 30,000 tons of pharmaceuticals are dispensed in Germany each year. 95% of that volume is excreted in the patient’s urine and cannot be filtered out by wastewater treatment plants, only to enter the country’s surface waterways and eventually groundwater.

One third of human prescriptions are disposed of unused

30,000 tons of 3,000 different active pharmaceutical ingredients in 9,000 different combinations preparations are dumped each year in Germany alone. The amount of veterinary drugs that pass into our waterways is largely unknown. In a representative survey, 16% of the population admitted to flushing unused pills down the toilet. More than 40% of the population disposes of unused liquid drugs in the toilet, often saying that they intend to rinse out the bottles for recycling.

95% of that volume is excreted in the patient’s urine and cannot be filtered out by wastewater treatment plants, only to enter the country’s surface waterways and eventually groundwater. Eighty active ingredients from pharmaceuticals are regularly found in our water supply; this number sometimes spikes well about 100. Some of that penetrates down into our groundwater.

Brief information about drugs in Germany

The groundwater is (still) largely free of drug residues. But they are beginning to show wherever the groundwater comes into contact with wastewater runoff. Tests in Baden-Württemberg found drug residues in one-third of the groundwater samples taken (Sacher, F. et al. 2002), while in Hesse, drug residues were found in 38% of the samples and in considerable levels in 30% (Berthold, G. et al. 1998). The studies indicate that the aquifers have what could be called a "long-term chemical memory." One example was the detection of barbiturates in the groundwater within the drainage area of the River Mulde, a tributary of the Elbe. These sedatives were used primarily in the 1950s and 1960s.

Drug residues have been detected in the drinking water in that same region drawn from rivers or wastewater-contaminated groundwater. The measured concentrations are usually in the single- or double-digit nanogram range. When doing the analysis, one should note that the value stipulated in the drinking water regulations for such substances is 100 ng/l. The results for substances with the same effect are aggregated.

The highest concentrations of drug residues, including antibiotics, can be found in sewage treatment plant outlets. There they are present at a level several times greater than that found in the rivers which receive the treated wastewater. The level of pollution is similar to that caused by pesticides, but there is the additional risk of antibiotic-resistant bacteria making its way out of hospital waste into the water supply. This will only become more dangerous as more and more medicines developed using biotechnology are prescribed.

It is revealing what Tamara Grummt, toxicologist at the Federal Environmental Agency, has to say about this: "For these new environmental pollutants, our ignorance of their toxicology is overwhelming."

The concentrations of active ingredients from drugs in the shallow waters of Lake Constance are comparable to those in its feeder rivers. The deeper layers of the lake further away from the shore contain much lower levels of fewer materials than in the shallow zones (www.lubw.baden-wuerttemberg.de).

The first ingredient to be tested for its presence in the country’s waterways was clofibric acid. It was found to be present in concentrations ranging from 30 to 220 ng/l (Stan, HJ et al. 1994). Studies conducted in Baden-Württemberg in 2000-01 identified 25 active pharmaceutical ingredients regularly found in various rivers in the state. It is notable that the concentrations in the Rhine and Danube are lower than in smaller rivers. In Hesse and Rhineland-Palatinate, psychoactive drugs have been detected in different rivers. The concentrations in the Rhine, the Mosel, and the Lahn were often below those found in the smaller streams in southern Hesse such as the Wickerbach, Landgraben, Eschbach, Schwarzenbach, Erlenbach, Bieber, and Rodau (Hummel, D. et al. (2006). (Such analyses also allow conclusions to be made about the consumption of illicit drugs in individual river basins.)

Drugs in drinking water and groundwater

What can I do for healthy drinking water?

Our Seccua Filtration systems help you purify your drinking water – installed where city water gets into yout home. So you’re having clean drinking water at every faucet in your home – free from any drug residues!

Getting clean and healthy drinking water isn’t that difficult: check out our filtration systems! No more drug residues in your drinking water! 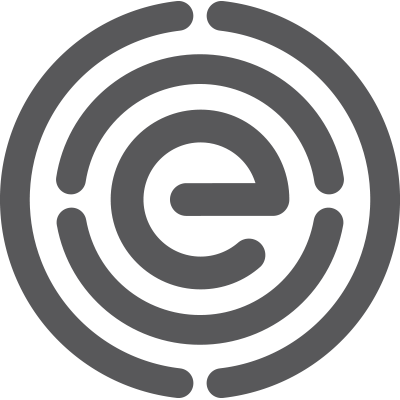